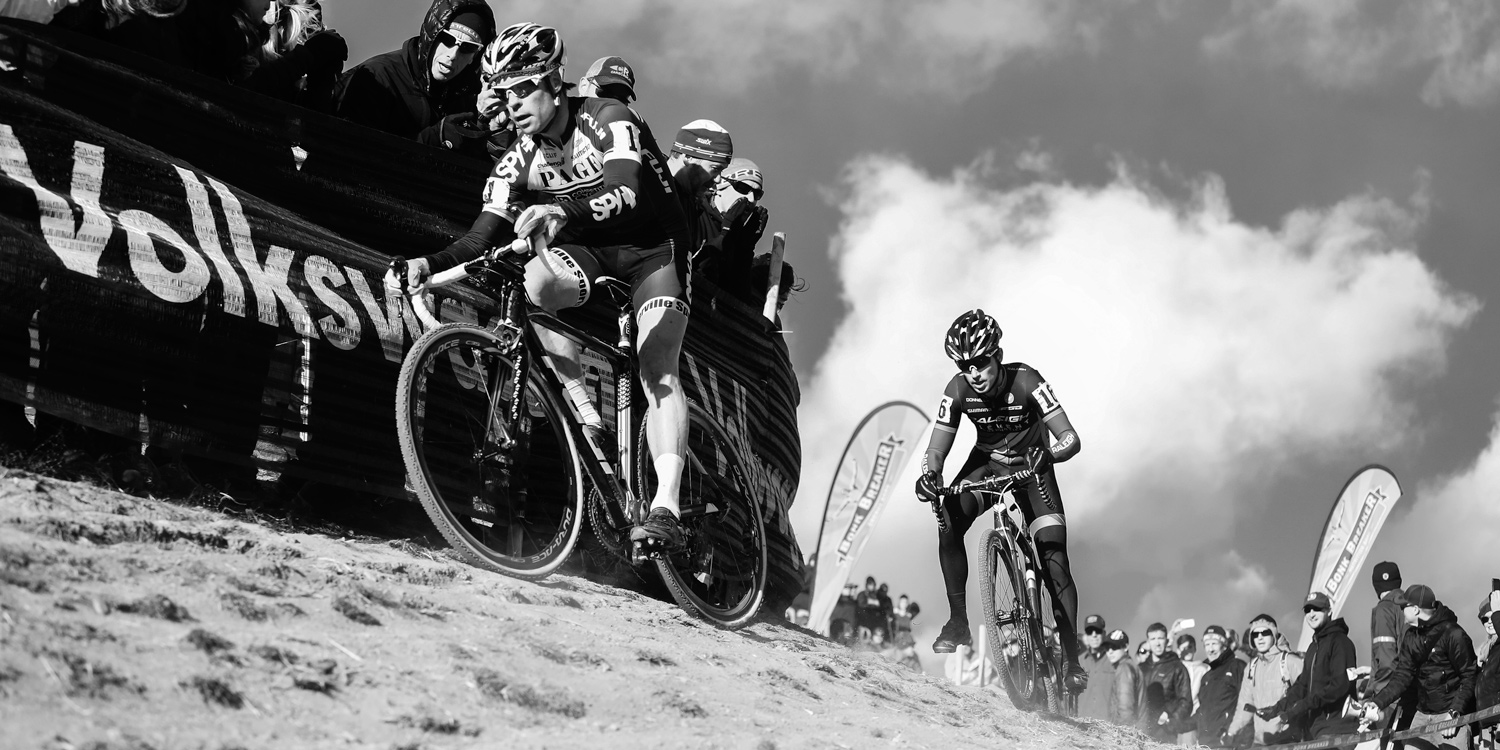 Cyclocross combines the shoulder-bumping excitement of road racing, the technical demands of mountain biking, and a fantastic cross-section of cycling culture for the best hour you’ll spend on a bike all season. The intensity, varying terrain, and combination of discipline, skill, and athletic ability make each cyclocross race an exciting spectator event and a challenging day of racing. Rather than a specified number of laps, each race lasts for a set amount of time, with elite-level races lasting an hour and beginner or intermediate races ranging from 30 to 45 minutes. Cyclocross is a fall and winter sport, with the first races appearing in September and the season wrapping up with the National and World Championships at the end of January.

Cyclocross traces its origins to the early 1900s when European cyclists would race one another from town to town, cutting through farmers’ fields and over fences in order to arrive first. It was a way for road riders to mix it up in the off season, maintaining their fitness through the fall and winter, as well as developing essential bike handling skills. The first official cyclocross races took place in France, with the first French National Cyclocross Championship occurring in 1902. After Octave Lapize attributed his 1910 Tour de France win to his off-season cyclocross training, the sport took off, spreading throughout Western Europe and, eventually, to the United States.

These days, cyclocross is hugely popular throughout Europe, and its popularity in the U.S. increases every year. Since the races are so short and the courses so compact, cyclocross is one of the most spectator-friendly cycling events. Even at local races it’s not unusual to see packed sidelines filled with cowbell-ringing friends, fans, family, and teammates. It’s also become one of the most fun and engaging parts of the cycling community, with costumes and themed races; donut and bacon hand-ups also feature throughout the U.S. cyclocross circuit.

What Makes Cyclocross So Unique?

Cyclocross courses are 1.5- to 2-mile loops over a mix of paved and off-road terrain. With elite-level races lasting an hour and beginner categories racing for 30-45 minutes, the riders will circle the course numerous times during the race. Racers should expect smooth lawns, technical singletrack, sprint-worthy tarmac, and a collection of run-ups and barriers where the racers dismount, shoulder their bikes, and run the course. The intensity, varying terrain, and combination of discipline, skill, and athletic ability make every cyclocross race an exciting spectator event and a challenging day on the bike for the riders.

Whether you’re a sprinter powering across a grassy straightaway, a fearless descender bombing down a muddy hill, or an adept bike handler navigating tight off-camber corners, ‘cross requires fitness and finesse and will have your heart pounding from the starting gun to the finish line. Tight corners and obstacles mean constant surges and accelerations with little chance to recover. Due to the varied and technically challenging terrain, even strong, fit riders can get left behind if they choose the wrong line.

Even though CX is a cycling event, running is an integral part of the sport. In fact, strong runners have an edge when it’s time to dismount and sprint up a hill with their bike in tow. Whether you’re faced with a series of 2-foot tall barriers, a steep, unrideable hill, or a set of stairs, you’ll need to quickly dismount, run with your bike, and remount to continue racing. You’ll also find that it’s sometimes faster (and less physically draining) to run muddy, snowy, or sandy portions of the course. Knowing when to dismount and run for it can change the outcome of a race, and a preemptive dismount can mean the difference between a spot on the podium and a mid-pack finish.